So having finally gotten sick of building too many Witch Aelves for a while I’ve decided to branch out and pick up some Necromunda. The new edition amazed me when GW relaunched it earlier this year and the models a really inspiring and outstanding, esp when one considers that they are all plastic. They are full of character and that gritty grunge of the underhive and the dark dirty deadly world that the gangers live in every day.

So alongside updating the blog to include a reference of the Necromunda Black Library publications and starting to read the story of Mad Donna (I thoroughly recommend reading Survival Instinct); I’ve also started to collect together the beginnings of a House Escher Gang. Whilst I’m still eagerly awaiting the arrival of the postman each day, and thus parcels full of gangers and suchlike, I have been scouting around the net for some inspiration and ideas. I thus came across the fantastic work of Wargame Exclusive who manufacture some very high quality and high detail resin miniatures. Whilst their main focus is on 40K, many of the models have a very “ganger” style to them (quite a few are also very revealing/mature in style).

Whilst I’ve not yet bought any to properly review (though I’ve scouted around and found several videos by Spiky Bits on youtube reviewing them very favourably); I’ve already decided that I want to add several as optional models for my gang.

So until such a time as I can pick them up, this post will act as a suggestion to others and a reminder to myself of which ones I’ve decided to pick. I’ve also included some photos (from their own website) at the bottom of the post. Note some of the models are partly nude/mature in theme.

Imperial Assassin
Imperial Puncher
Mechanic Adept Female Tech Priest Skull Keeper I freely admit this one isn’t for being a ganger, instead its simply an awesome sculpt to own – even if I might never feel confident enough to paint it
Battle Sister pin-up
Imperial Arsonist

Whilst the puncher and arsonist are clearly on bigger than standard bases for Escher, I’d still be willing to use them in games for both models (with opponents permission of course). Any House Goliath fans though, might find them to be ideal models for that faction, giving an option of a female alternative model. 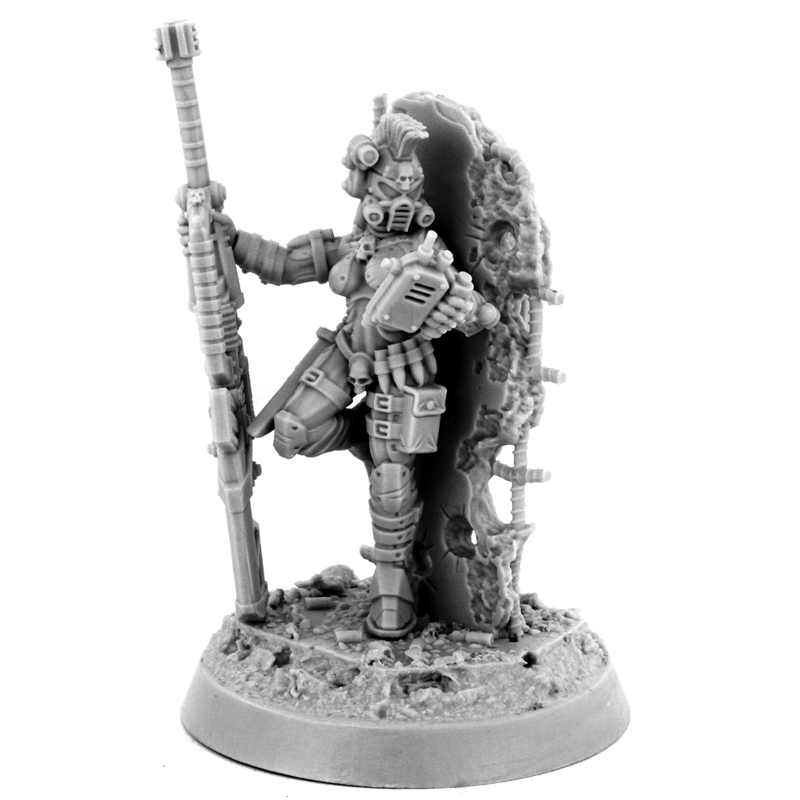