A review of the reprints of INFERNO by Black Library 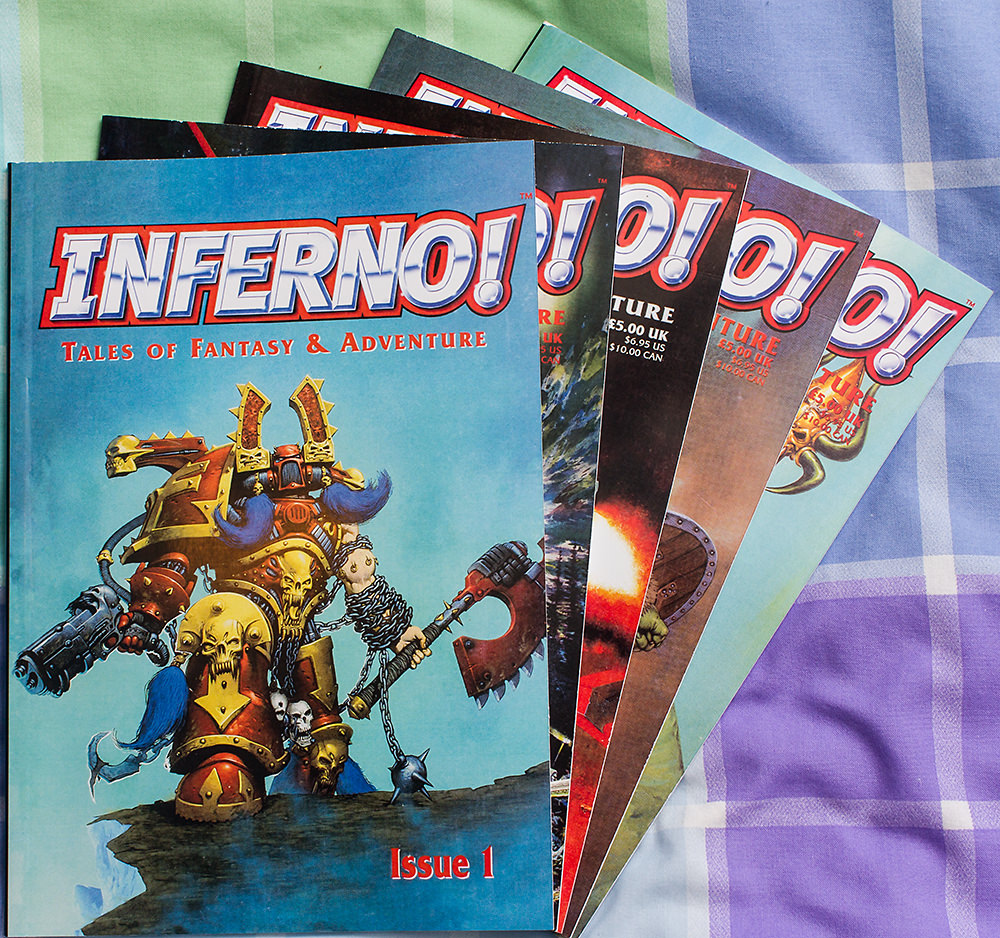 Last month Games Workshop started doing print on order of the first run of 5 issues of their classic Inferno series magazine. This was run biomonthly from 1997 to 2004 and features short stories from all the worlds of Games Workshop of the time – Warhammer Classic, Warhammer 40K, Necromunda and others – as well as comics, artwork, cutways, maps and other similar content.

As such they are a fantastic eye into the grim dark worlds that Games Workshop has created, giving you a touch of flavour and adventure as well as a bit more background.

These are high quality reprints made identically to their original versions, even down to the page of advertisements, addresses, prices and even the questionnaire on the last page of the first edition. It’s all here 100% authentic in beautiful black and white (within the pages) as it was when it was first hot off the printers all those years ago. 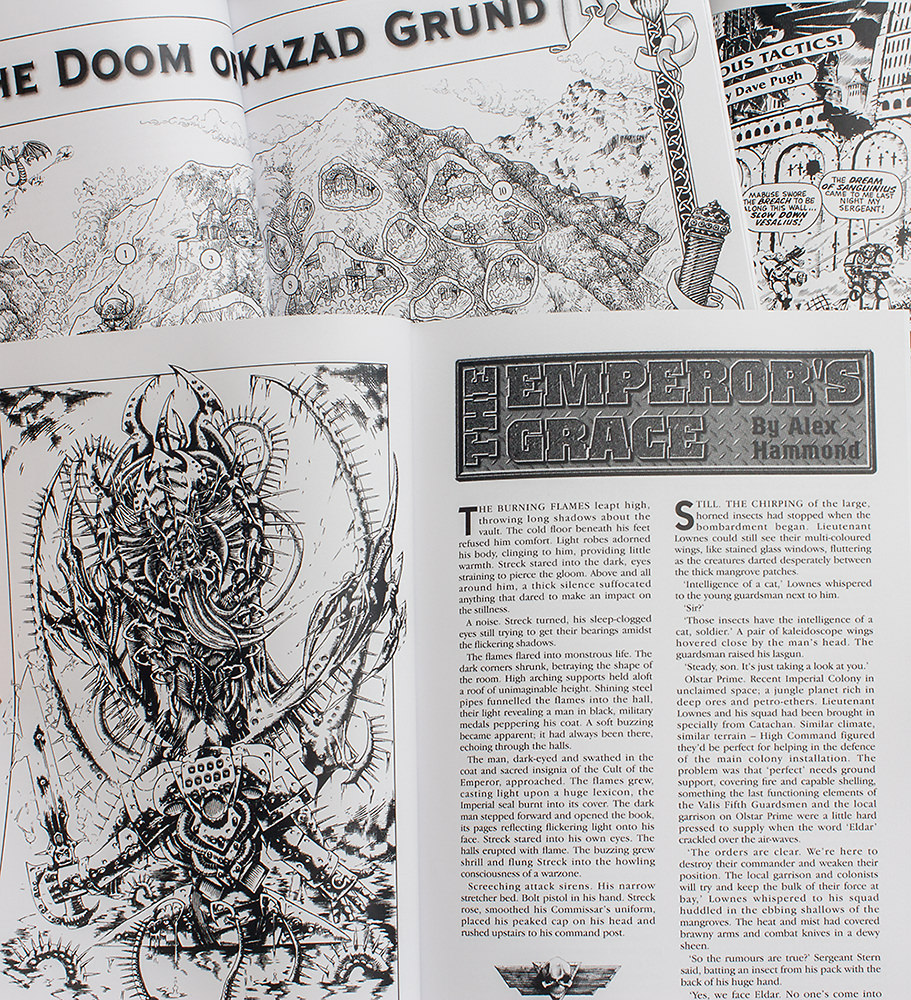 I was originally on the fence and found it hard to find much info on these and the stories they contain, however as GW was selling them at £5 each and £25 for the set I figured I’d take a leap and give them a try, esp since searching around Ebay showed that the original copies were selling for around those prices anyway. The first series of 5 has now finished its order run (sorry I didn’t get mine till the last days so couldn’t write this any sooner); however they are planning to return to print the entire series from start to finish. Each coming as a set of 5 for a month on print on demand (which is typically pretty fast turn around).

I couldn’t be more pleased with these, high quality printing and some great material and background to really immerse yourself in the lore and settings. The stories are well written and fun adventures. Note that some do appear in later collected editions (eg the Necromunda Story “The Demon Bottle” Also features in Status Deadzone collection), however others are fully stand alone and have not been reprinted by the Black Library. The comics, cutaways and other content have also, again, mostly never been reprinted outside of Inferno.

The stories are well written and have all that punch and wild fun that one would expect from adventure stories set within grim dark settings. From tales of Space Marines against Monstrous first generation Tyranids (the classic Screamer Killer and the old “Alien movie” style hormagaunts); to demonic incursions into the Underhive of Necromunda through to swords and spells as adventurers quest for ancient magical artifacts in dark caves (who also features a barbarian who sounds like he’s right out of the 80s Arnold Schwarzenegger era of films – accent and all). Some of these one off stories stand alone, others are the very early days and adventures of some heroes who later became big names in their own right, such as the mighty Gotrek and Felix!
The authors are wide ranging, some who have come and gone others who have remained with Games Workshop and Black Library for decades – Andy Jones, Jonathan Green, Gav Thorpe and so many more.

The comics vary in their styles of the artist and in what they are conveying, from short one offs to longer running series such as Obvious Tactics. Again another great way to look into the dark world of the 41st Millennium or the deep gothic mystical world of Fantasy.

If you were on the fence before I’d encourage you  to take the leap and get into this series if you can, even if you only pick up a few direct from Games Workshop. Quite a few are still lurking around on ebay and other secondhand book stores – so if you’ve missed the start its not too late. Meanwhile anyone who already has a collection with a few gaps this is a perfect situation to pick up those issues that you missed out on.